The Facts About Fascism 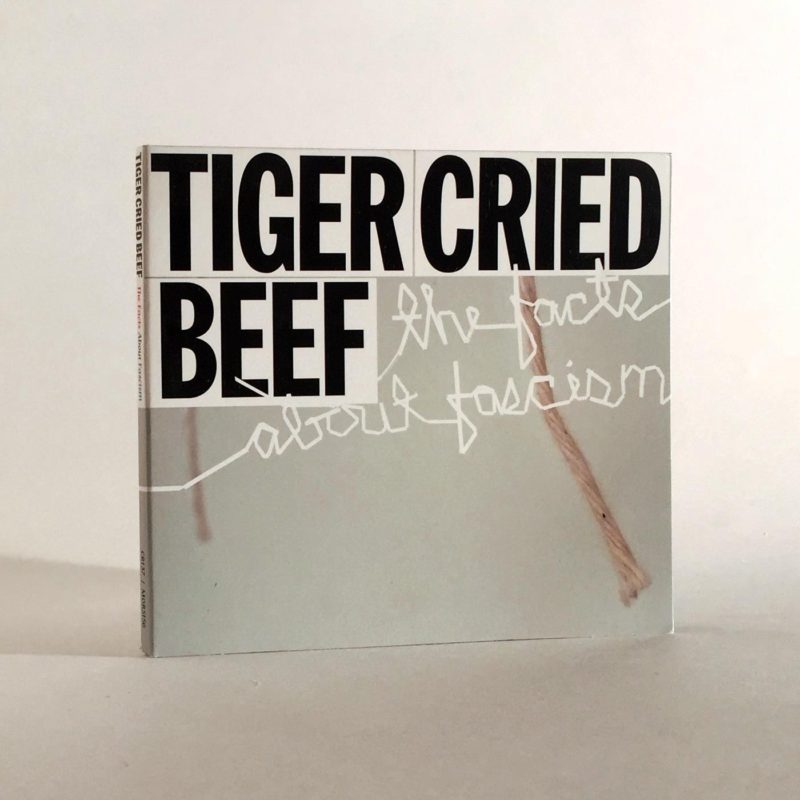 The Facts About Fascism

While assembling a number of early home-brewed recordings for their first official full length release, Tiger Cried Beef's Keith Parkins received an email of support from Kramer of Shimmydisc/Bongwater fame. In it, Kramer suggested that the band should work with him on their next release. Unfortunately, the band had already decided to work with Chicago's Andy Bosnak on their next release. Kramer generously offered to help the band by mastering the early recordings for the release, The Facts About Fascism. The title refers to a primer that Parkins (aka Pat Rocles, CM Crisis) had found dating from the early 20th century in response to the rise of fascism in pre WWII Europe. Given the state of the country, Parkins thought to assemble a collection that would examine the internal/personal forces that lead towards complacency as opposed to the external/political forces that have been the focus of many. This is some strong pop/rock with a slightly off-kilter approach, which helps digs its hooks into you, deeper with each listen. [comes in a full-color Digi-pak. Co-release with Mono Oxide Records.].... more info on TCB --- Tiger Cried Beef started out of the Rochester band Hinkley. When Hinkley's co-founder and co-writer Sean Leahy left the band, Parkins brought some songs that he'd been working on to the group. When it became apparent that both Parkins and Hinkley frontman Will Veeder had a well of tunes, Parkins realized that he should start his own unit. Parkins had been working on his songwriting with Kelli Shay Hicks during a year where they would throw the guitar back and forth giving each other a minute to start playing something coherent. He then performed a bunch of these songs with her and Otto Hauser before forming the band with drummer Jeff Thompson. After a year of playing and recording, Dennis Mariano and Adam Wright joined the band to form the lineup that has played for most of the past year. Adam left the band during the summer of 2006 to be replaced by Brannon Hungness. Brannon brings a wealth of experience to the band having played in Glenn Branca's ensemble and in the Amphetamine Reptile band Hammerhead.