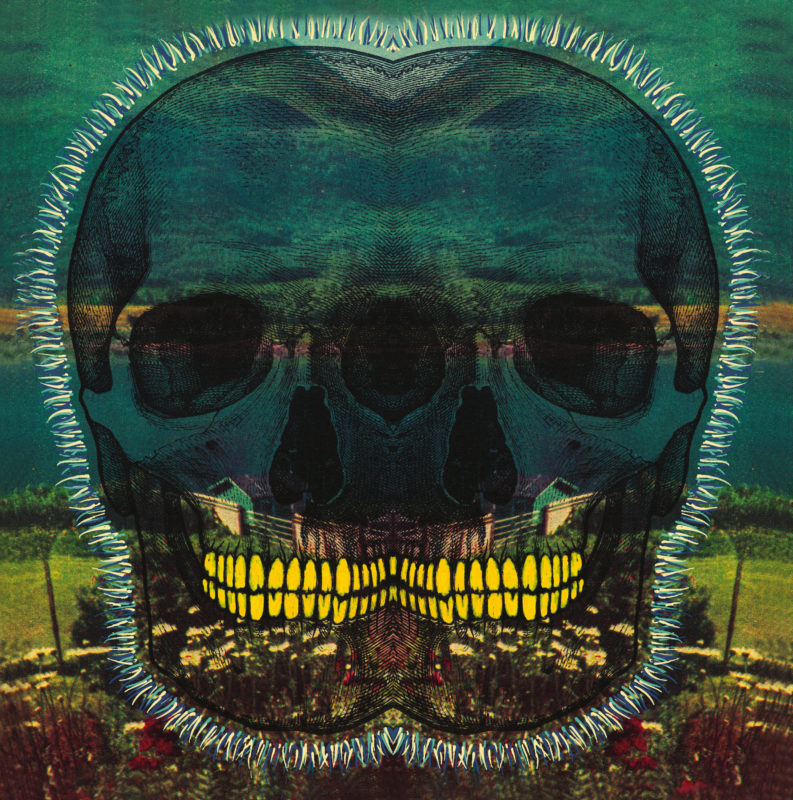 Crush the Junta has the habit of going into the studio without any pre-written songs, so we get to watch them creating the album.  But this is no jam band, noodling away.  The result is a series of dark barebones post-punk songs somewhere in the Shellac/Jesus Lizard spectrum, with maybe a little Audionom thrown in.  Low, slightly dissonant patterns repeat and grow - but rather than building tension, they create an ambiance of bleak resignation setting in deeper and deeper.

Repetition is key here.  All three musicians use repetition, but each in their own way: the drummer, Dennis Mariano (who played guitar in Thunderbody) with his workmanlike precision, the bassist/keyboardist Chris Reeg with his meditative, intuitive assurance bordering on hypnotic trance, and the frontman, Joe Tunis, who is more like a modernist poet or someone in the grips of a frenzied echolalia or palilalia.  I think of Sue Tompkins of Life Without Buildings fame, but where she seems self-possessed and even taunting, Tunis sounds addled, pained, desperate, haunting, repeating the same phrases over and over in different orders as if he himself is trying to make sense of them, trying to crack the code.  Meanwhile a distorted wall of sound washes over his voice, making it smaller and smaller, engulfing it, until he is drowning in the song.

By the end it is a bombed-out post-apocalyptic wasteland (the combination of keyboard sounds and heavily delayed drums in the final moments are alone worth the price of admission.)  It makes sense that the lyrics are in part inspired by the book “Kill Anything that Moves: the Real American War in Vietnam” by Nick Turse.  This is a war album, and its endlessly echoing refrains feel like memory, specifically the memory of trauma.